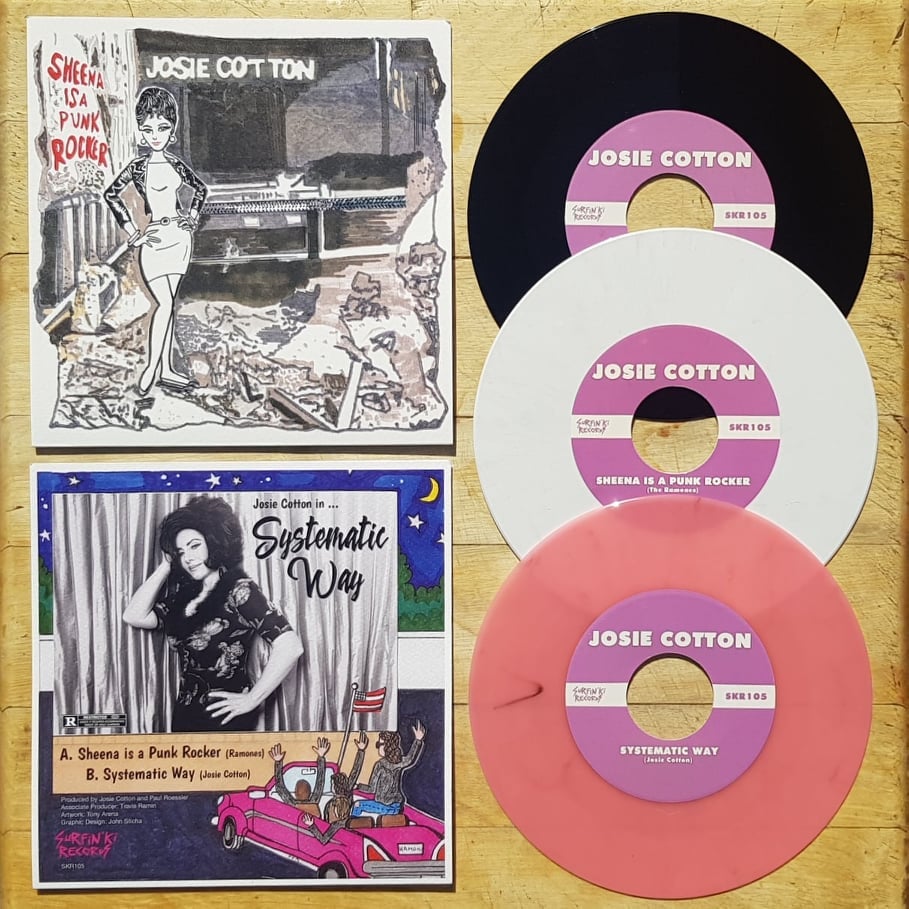 We're thrilled to announce we're releasing a 7" for the one and only power pop Queen JOSIE COTTON!!! For the first time on vinyl Josie's boppin version of the Ramones' classic "Sheena is a Punk Rocker" as well as an alternate never before heard version of her self-penned "Systematic Way"! Amazing sleeve art by Tony Autoharp Arena too! Get all hopped up and ready to go kidz!

Side A: Sheena Is A Punk Rockers (the Ramones)
Side B: Systematic Way (Josie Cotton)

The 1st run of the record is limited to 300 copies including: